The Top 6 Ways To Get Buy-In From Your Athletes 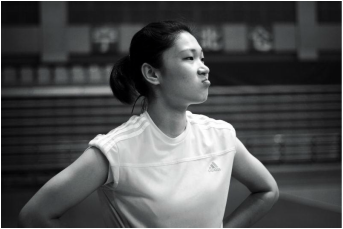 For a coach of any discipline, the goal of communication should be about changing behavior. Success depends on the behaviors of your athletes towards a successful result. And success is the progressive realization of a worthy ideal.

Success in sport is not very common. With only one person or team winning each event, there are many opponents lining up to prevent you from winning. The last thing you need is an athlete working against you.

I’ve previously said how being trustworthy could be the most important characteristic an athlete can have for a coach. It works the other way as well. An athlete has to be able to trust their coach. And believe it or not, the athlete reviews that trust subconsciously every time you meet. That means you’re on parole permanently. Your job success depends on predicting success and then delivering a program to get it.

Let's have a look at some key principles to solidify compliance between you and them.

1. Ask if you can be involved before you direct them.

Remember, it's not always about you. And if you want to take, you’re going to need to give. That’s primarily about setting up a trustworthy agreement to take a step together.

We often assume that by starting a conversation, it's assumed you've got an agreement to work together. You don't. Not yet. You've got to get the first yes before you can get many more.

In order to enhance compliance - gain unanimous consensus. Gaining agreement from your athlete means agreeing on what they and you want, what they and you need, and why. That "we" word often means "them". Whilst we think all an athlete wants is economic advancement, don’t underestimate the social advancement factor – in sports it’s been identified as a key driver in success at the highest level. You need to ask first if you can be part of that advancement. That means asking the right questions.

Here's an example about asking the right questions to get you involved with them: "What's critical to your success?”
“What are the main things that need to happen for you to consider this program a success?”
"Do you need help you to achieve that?"

Once you've agreed on that first step, you can re-word key phrases to drop the word "you" and replace it with "we", or "our". For example, "Let me recap, what's critical to our success is ..." or "So, we can achieve that by...." 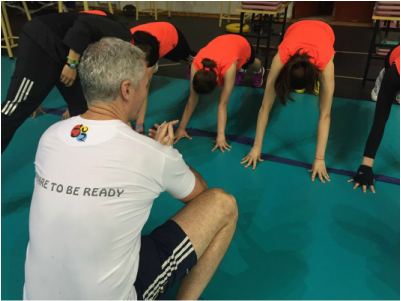 ​2. Give the athlete space to play their role as a mutual partner in their performance pathway. Remember that the person on the other side of the relationship values, whether they say it or not, mutual respect and recognition. This requires soft skills and human interaction - not stepping into each other’s domain. There’s a time for direct instruction – but you’ve got to earn the position of respect first – your instruction will carry more weight then.

Create a space for the other to grow into, towards you, or towards a mutual goal. That means you have to let the other BE what they are, the athlete. That doesn't prevent you from suggesting - you have to - but respecting their comfort zone of expertise is extremely valuable.

For example, ask them what they'd do differently to achieve the performance goal for the session/week?

No one learns from talking, only from listening. Don't be surprised to learn something you hadn't thought of from an individual on another side of the situation.

3. When YOU want certain minimums done, like data collection on their ratings of perceived exertion (RPE) as a measure of the intensity of the session, plan this important task into operational schedules. This way, they won't be extra duties an athlete is more likely to forget. They'll be staple components. Shape the environment and session schedule to make tasks that appear to the athlete to be “extras”standard operating procedures.

At amateur levels, a training session often has movement preparation, or corrective strategies as an afterthought to conditioning or technical/tactical components. At pro levels, it's part of the operational schedule - it's part of the session. This kind of step makes your athletes reliable. As a coach or clinician, it ensures your favorite, preferred or critical requirements are part of the conversation from the outset.

Such a step from the outset gives you the option for daily accountability, daily communication, if that's what you want.

The first three steps above aren’t random. Nor are they isolated to my experiences. The enlightening book, “Switch – How To Change Things When Change is Hard”, by Dan and Chip Heath described the above concepts beautifully. We do well to direct the athlete with clarity, engage their emotional side, and understand what we think are people problems are really situational problems – those involving the task and environment – requiring us to shape those for the benefit of the outcome.
​4. Review and refine.
The above steps lead you naturally to communicate in a way that shows you whether you're on or off target. The review should happen regularly. During this review, be sure to clarify whether they think they are on the right track. Often there is unspoken disagreement about where the training is going. For example, many new athletes don’t necessarily understand why training is making them sore and that can affect their buy-in. At those times, they need reassurance about the occurrence of soreness in eccentric training. They also need to understand how eccentric training plays a role in being better at absorbing force, or controlling force. Follow this line of explanation with a summary that the soreness is a short-term consequence of training to improve impact control – this means other opponents, or even the ground with running sports Hopefully, the smart coach cycles training to permit soreness to not interfere with progression

For example, if you're a clinician, "here's the last batch of data we've got - that looks a little off to me, are you ok?”
​5. Give feedback. Tell them how you're doing, AND how they're doing. If your feedback is not specific, find an example. Examples that involve the other person are more likely to get engagement. For example, if I am coaching a runner, "The ratings of perceived exertion that you're giving me, it's been really good at shifting the plan I had for you. I thought the medium intensity sessions were going to bring on an RPE of 6-7, but it looks like I underestimated you. I'll change the session next time. Keep that monitoring going and we'll improve on our original plan." 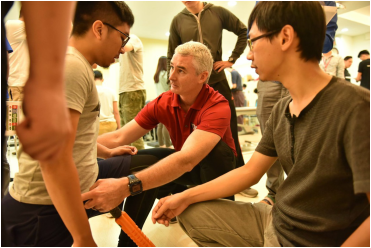 ​6. Getting buy in from an athlete through verbal communication is a good first step. Being able to get buy in from their body, without words, and by creation of movement strategies is more difficult. Smarter coaches than I have agreed on one thing – an athlete’s body will literally pay no attention to what you are saying. Bosch, Cook, Sweetenham – icons of success – know the language of getting athletes to do what YOU want is through the language of feel, and of creating a task or environment that leads the athlete to the outcome.

“An athlete who is training doesn’t listen to you.” – Bill Sweetenham. He should know – 5 Olympic Games, 9 World Championships, 8 Commonwealth Games is the current legacy of one of the worlds greatest swimming coaches.

The great running coach, Frans Bosch, has tapped into the potential of rugby legends George North and Israel Folau. “An athlete’s body will literally pay no attention to what you say”, said Bosch at a workshop in Darwin in 2013.

To predict success is a valuable tool as a coach or clinician. Such a prediction requires principles that get buy in from your athlete, and if you’re an athlete, getting buy in from your coach. That relationship requires review when circumstances change. They will change. Being dogmatic in your approach is a recipe for failure. Nate Silver broke down this concept. Look for the signal amongst the noise. Those coaches and clinicians who adjust to new information are called foxes. Those who aren’t, they’re called hedgehogs. In football, for example, the hedgehog coaches and clinicians get more TV time but surprisingly, less success. And what about the fox coaches? They appear innovative and insightful to those closest to them – the ones that matter – the athletes. They understand there are many factors for success and the first step is getting buy-in from your athlete. Have you got buy-in or are you just a director?

Other articles by Greg Dea